Radiation refers to the effects of radioactive items and objects in the game, which cause damage to the pioneer unless a Hazmat Suit is worn. While Radiation is in effect, the screen will become slightly distorted, Geiger Counter noises will be heard and a radiation level bar will appear in the upper part of the screen.

Currently, there are twelve types of radioactive items in-game, with different amounts of radioactivity (internally referred to as ItemDecay):

Due to items having different stack sizes, 1 stack of Encased Plutonium Cell is the most radioactive among them.

All of the items listed above glow in the dark.

The formula for calculating the radiation level (intensity) is:

Radiation intensity for multiple radioactive sources, such as items in different containers, are summed scalar in 3D. After the summation, the intensity level is then capped between 0.2 (0.44% radiation damage) and 45 (100% radiation damage). An pioneer will not receive any damage below 0.2 intensity. Beyond 45, the radiation damage is capped, which at this intensity, kills the pioneer in 5 seconds or consumes the Iodine Infused Filter at a maximum rate of 1 per 12 seconds. In-between, the filter lasts longer as the radiation level reduces. The radiation bar in the game screen is capped at 26.7% radiation damage.

Items closer than 0.5 meters or in the inventory are counted as x = 0.5 meters

The above formula can be applied to the following situations:

Be careful when hand-mining Uranium ores, as Uranium in the inventory can kill the pioneer quickly[1], due to the short distance of x = 0.5 meter. Other creatures such as Stingers or Lizard Doggos do not take damage from Radiation.

A Uranium Deposit produces radiation of 0.44% starting at 85 meters and 50% at about 19 meters. There are no values that can be placed into the above formula to calculate this radiation, but an approximation would be ItemAmount 1, ItemDecay 167800, and RadiationFallOffDistance 0.0262.

In Tier 7, a Hazmat Suit can be unlocked via its respective milestone. Having the suit on won't stop the noises, but will protect the pioneer from Radiation damage. As the suit requires Alclad Aluminum Sheets to craft, it is required to complete the Bauxite Refinement milestone first.

To get a feeling about how far the radiation goes, here are some examples:

There is a bug where after the pioneer mined some Uranium deposits (which is usually performed to remove their radiation), followed by deleting the Uranium in the inventory, the radiation effect persists and also continuously draining the Iodine Infused Filter. To reset the radiation, drop the Uranium (if any) from the inventory, run well away from it, save the game then reload. 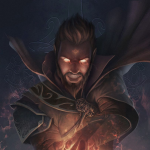