Primarily used as fuel for Drones and Vehicles.

1 200 000 MJ
1m 49.091s in Tractor
1m 20s in Truck
1m 6.667s in Explorer
40s in Cyber Wagon
Batteries are a late-game fuel used to fuel Drones. They are the most efficient vehicle fuel that is not radioactive. They cannot be used to generate power, and cannot be recharged once used up. 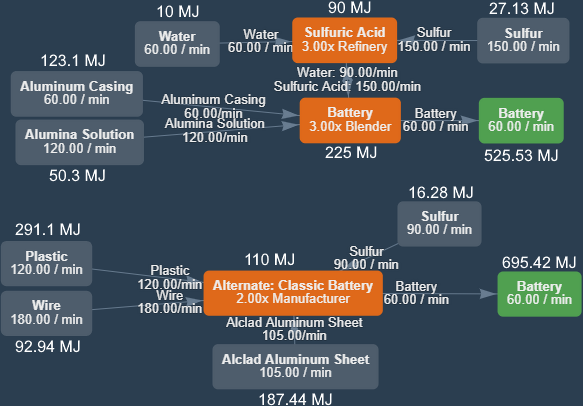 Battery can be sunk into the