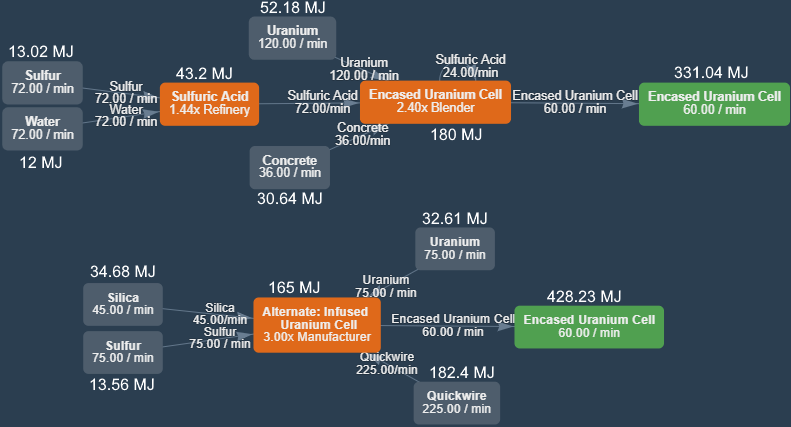 Encased Uranium Cell can be sunk into the