The high-speed connector connects several cables and wires in a very efficient way. Uses a standard pattern so its applications are many and varied.

3 776
High-Speed Connector is a mid-game component used for advanced power infrastructures and other electronic items. 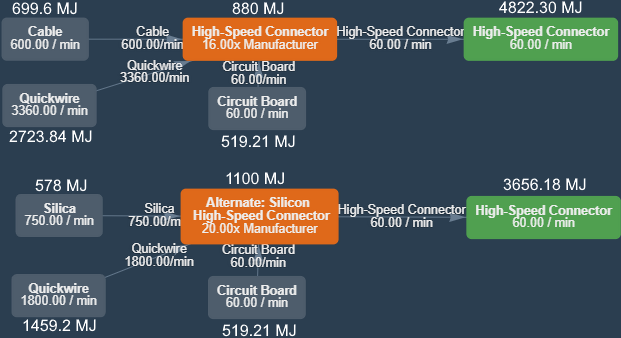 High-Speed Connector can be sunk into the