The Molecular Analysis Machine is used to analyse new and exotic materials found on alien planets.
R&D will assist Pioneers through the MAM to turn any valuable data into usable research options and new technologies.

Wire
The MAM, or "Molecular Analysis Machine", is a building where additional buildings and blueprints are unlocked outside the path of Milestones. Its tech trees are initiated and expanded upon through the discovery of various items in the game, which encourages engineers to explore around the world.

It is unlocked in the Tier 1 milestone - "Field Research". If a researchable item is picked up, a narration from ADA will notify the engineer to research it. It is advised to check the MAM upon discovery of new items to see if they can be researched.

Technology and player features (unlocks) are acquired similarly to the HUB milestones through research performed on resources that the player has collected. This research is divided into research trees, as opposed to being divided into milestone tiers. Individual research of an unlock is completed by having the required item(s) in your inventory and then clicking 'Research'.

Unlocks are separated into different research 'trees', and each tree is initiated by picking up a certain item as hinted by the MAM's interface. For example, picking up a Caterium Ore unlocks the Caterium Research Tree. Each technology research will unlock the research node(s) below it. The research tree is completed when all research nodes in the tree are unlocked. The MAM will indicate this progress through a percentage in the UI. Research trees are independent of each other and to the HUB's Milestones, however, some of the research may require ingredients that are locked behind Milestones.

Description before unlocked: Sizable extraterrestrial lifeforms have been observed to inhabit your designated Project Assembly area. R&D would like to note that any legally obtained samples might prove useful.

Description after unlocked: Additional research shows promise that samples might be used to produce tools to increase the safety of the pioneer. 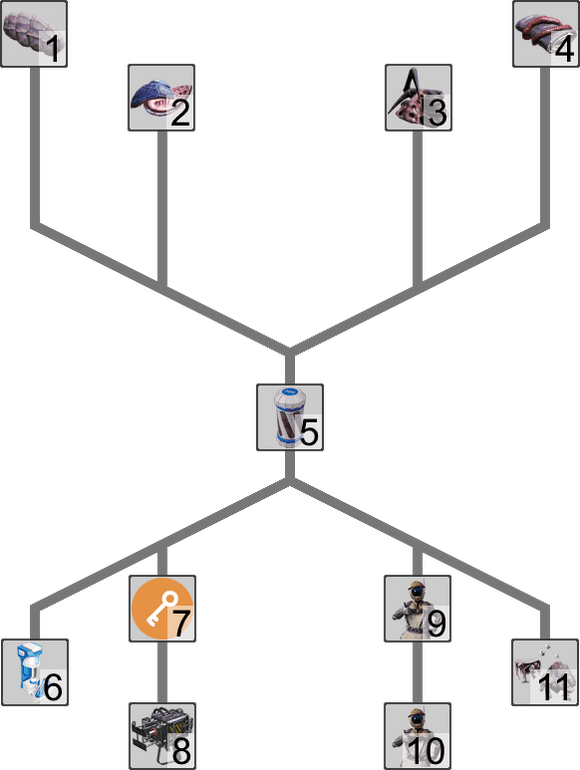 Description before unlocked: While scanning the planet for the necessary resources, gold could not be located among them. However, an unknown metal with similar properties was discovered. R&D is requesting field research to acquire samples and determine possible applications.

Description after unlocked: The new metal, dubbed Caterium, does indeed appear to have properties similar to gold. Its characteristics as a superconductive metal imply multiple uses for producing advanced electronics. 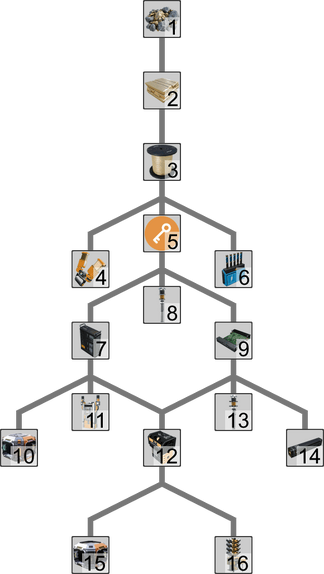 Description before unlocked: Initial planetary scans indicate that fungus-like vegetation with beneficial properties might be present on the planet. Field research is needed to acquire samples.

Description after unlocked: The Mycelia found in fungus-like specimens on the planet Massage-2(AB)b was shown to have properties which might increase pioneer survival rates. 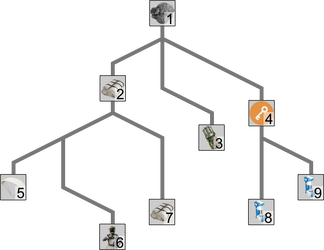 Description before unlocked: Due to the presence of sizable extraterrestrial lifeforms, R&D is expecting that vegetation with high nutritional values are present. Field research is needed to acquire samples.

Description after unlocked: Additional scans of the provided DNA sample have shown three separate specimen in the direct environment to have high nutritional, and potentially medical, properties. 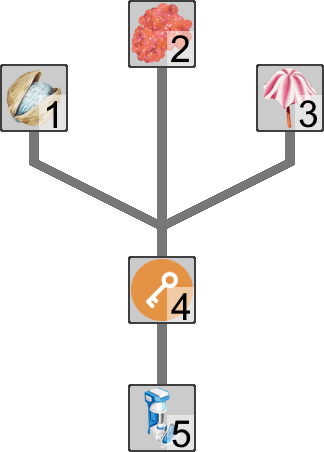 Description before unlocked: R&D has picked up energy readings with unknown origins all around your designated Project Assembly area. Field research has been highly requested to determine a source and potentially obtain a sample.

Description after unlocked: This species of semi-slug seems to emit a weak potential energy from its crystalline shell which R&D thinks might be extracted to improve the efficiency of your work on Project Assembly. 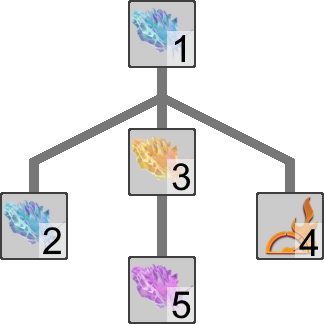 Description before unlocked: Initial planetary scans indicate that an unknown crystalline mineral is present on Massage-2(AB)b. A sample is required to determine if useful applications are possible.

Description after unlocked: This mineral shows purity levels akin to synthetic Quartz manufactured on Earth. Thus R&D believes it may be used in similar fashion to produce communication and exploration technologies. 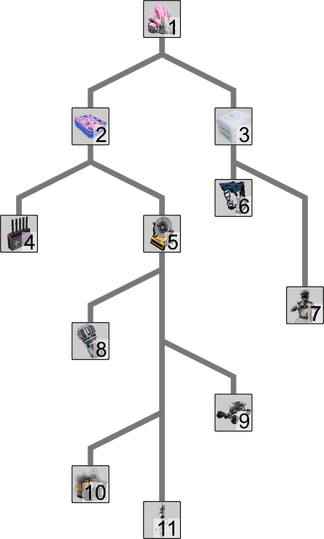 Description after unlocked: Data has shown this 'element' to simply be an unusual mixture of primarily sulfide and sulfate minerals from which Sulfur might be extracted. The properties of Sulfur would allow for the production of more... volatile self-defense applications. 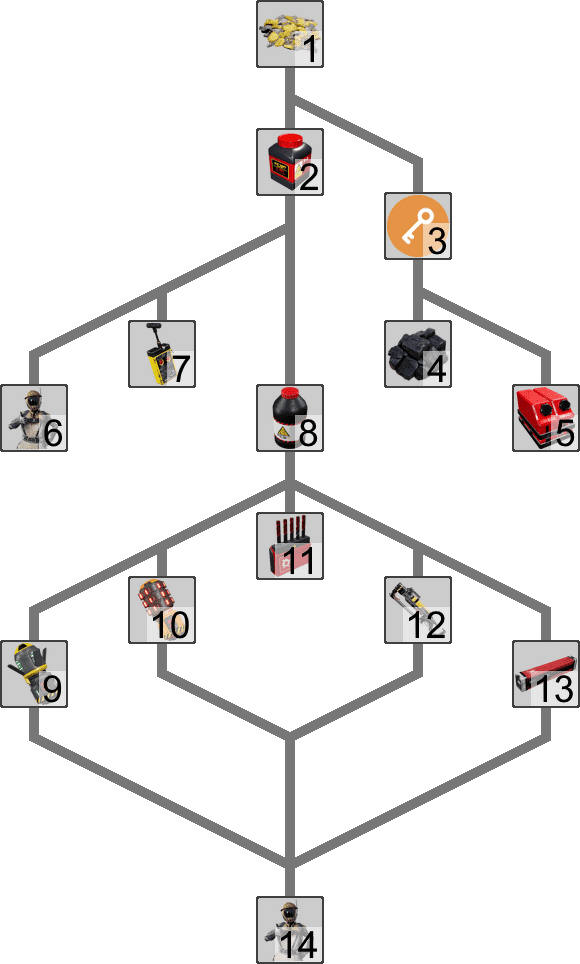 Description before unlocked: Initial planetary scans have revealed that vegetation with coloring properties might be present on the plant. Field research is needed to acquire samples.

Description after unlocked: The Flower Petals, found in a variety of vegetation on Massage-2(AB)b, were found to have strong coloring properties which might be used to produce dyes.