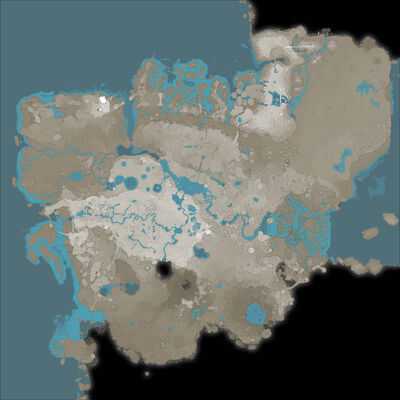 The Map, once researched, allows engineers to view areas of the world that they either have explored or scanned using Radar Towers. In a multiplayer game, the map is shared amongst all players.

Once researched, it can be accessed with Z or

button, and zoomed from 0.5x to 8x with the slider or mouse wheel. It can be dragged around with the mouse.

The engineer or Radar Towers have to be positioned above the terrain to reveal it (for example, when traveling through a cave, the terrain above the cave is not revealed).

Map is unlocked via the Quartz Research chain in the

Before it is unlocked, the shortcut in the bottom right of the screen will appear as a blank window with no key displayed. 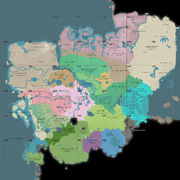 The following icons show up on the in-game map:

The following does not show up on the in-game map:

Once available, a map filter menu in the map allows for the appearance of specific icons to be configured, separately for the map and the compass. Icons can be either shown or hidden on each. For Beacons, an extra configuration is available, where it is possible to make the Beacon only show on the compass when the engineer is a certain distance away from it, indicated by a circle shown on the map.

The in-game map does not have the ability to display factory plans or any other player-placed buildings, only basic details are displayed. To be able to view the factory plan on the map, upload the save file to an online map instead.