408
Modular Frame is a building resource used to construct mid-game buildings and equipment. 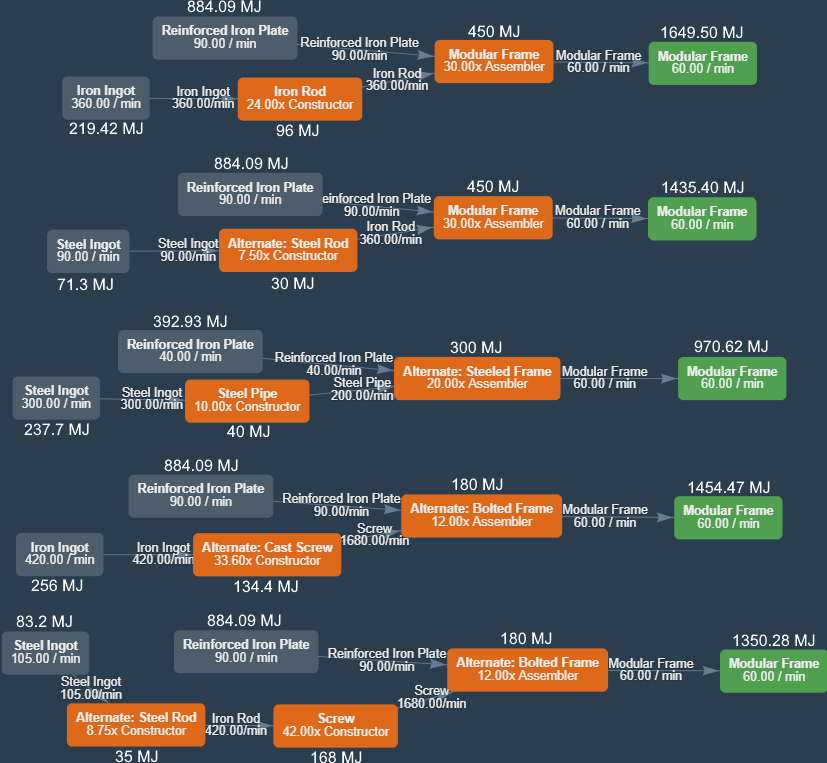 Modular Frame can be sunk into the