The isotope Uranium-238 is non-fissile, meaning it cannot be used for nuclear fission. It can, however, be conversed into fissile Plutonium in the Particle Accelerator.
Caution: Mildly Radioactive. 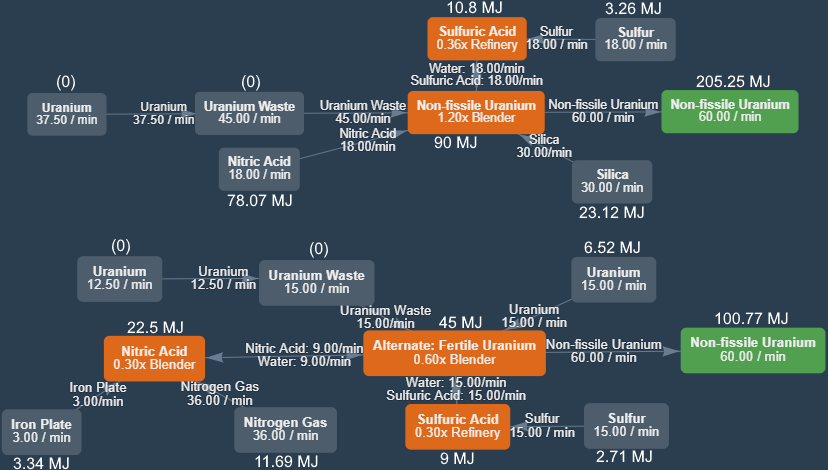 Non-fissile Uranium cannot be sunk into the

AWESOME Sink and will clog the input.