Satisfactory Wiki
Register
Don't have an account?
Sign In
Advertisement
in: Items stack to 200, Items, Crafting components,
and 2 more
English

A versatile and easy to manufacture material that can be used for a lot of things.

75
Plastic is a mid-game item refined from Crude Oil commonly used in Computers and other advanced items. 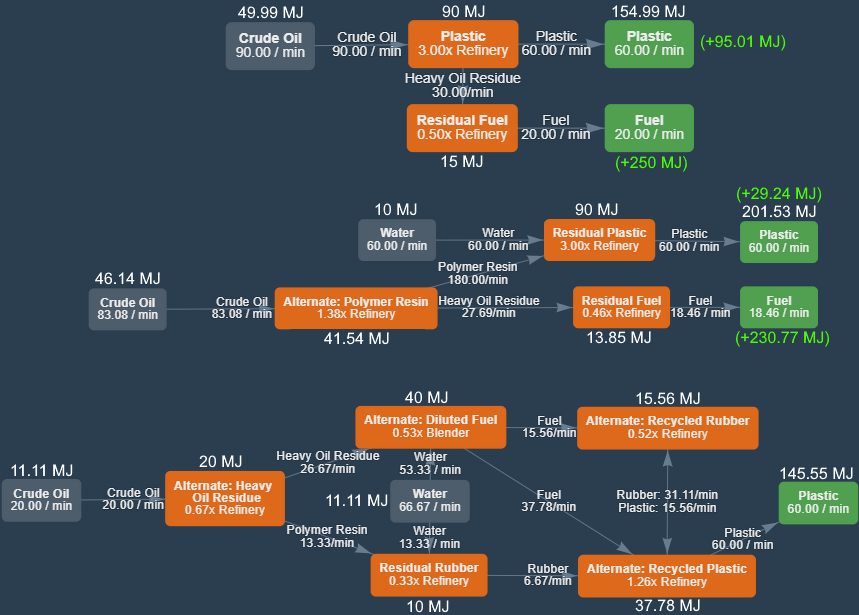 Plastic is used in the Caterium Research chain in the

Plastic can be sunk into the

Later in the game when you have collected the majority of the Hard Drives, be sure to unlock the following Alternate Recipes:

Combine these with Packaged Water, Unpackage Fuel, and Residual Rubber to form a closed-loop production of Plastic and/or Rubber without any wastage, increasing the Oil to Plastic/Rubber conversion ratio up to 1:3. Empty Canisters from fuel unpackaging are reused and recycled back to the water packaging.