Satisfactory Wiki
Register
Don't have an account?
Sign In
Advertisement
in: Items stack to 500, Items, Crafting components,
and 2 more
English

17
Quickwire is an early-game item with many uses. It is complementary to normal copper Wire.

If one avoids researching caterium throughout the game for any reason, they will first stumble upon Quickwire in the Tier 6 milestone Expanded Power Infrastructure, as it's required to build Fuel Generators. The Resource Scanner upgrade unlocked in the same milestone allows for a caterium resource node to be found easily.

Quickwire is unlocked via the Caterium Research chain in the 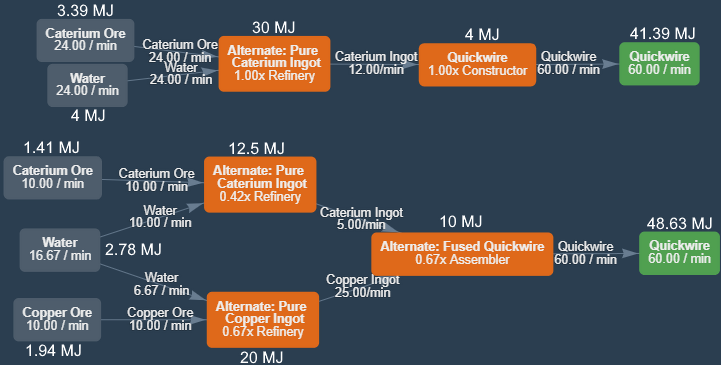 Quickwire is used in the Caterium Research chain in the

Quickwire can be sunk into the