Used for crafting.
One of the most basic parts.

Screws are basic crafting components made from Iron Rods. 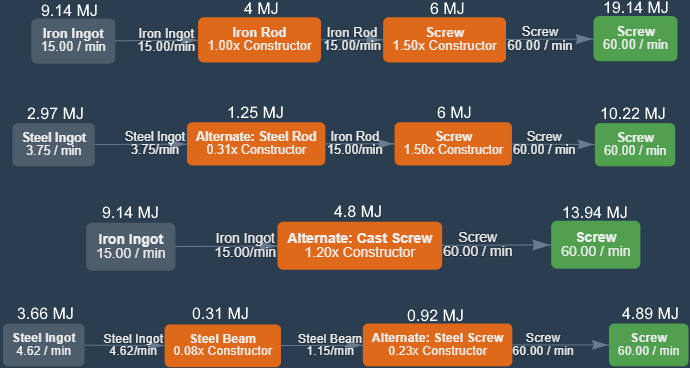 Screws can also be found around from Crash Sites.

By finding the right alternative recipes, it is possible to completely eliminate Screws from normal production lines.

Screw is used in the Alien Organisms Research chain in the

Screw can be sunk into the