Steel Ingots are smelted from Iron Ore and Coal in Foundries. They are used to produce Steel Pipes and Steel Beams. 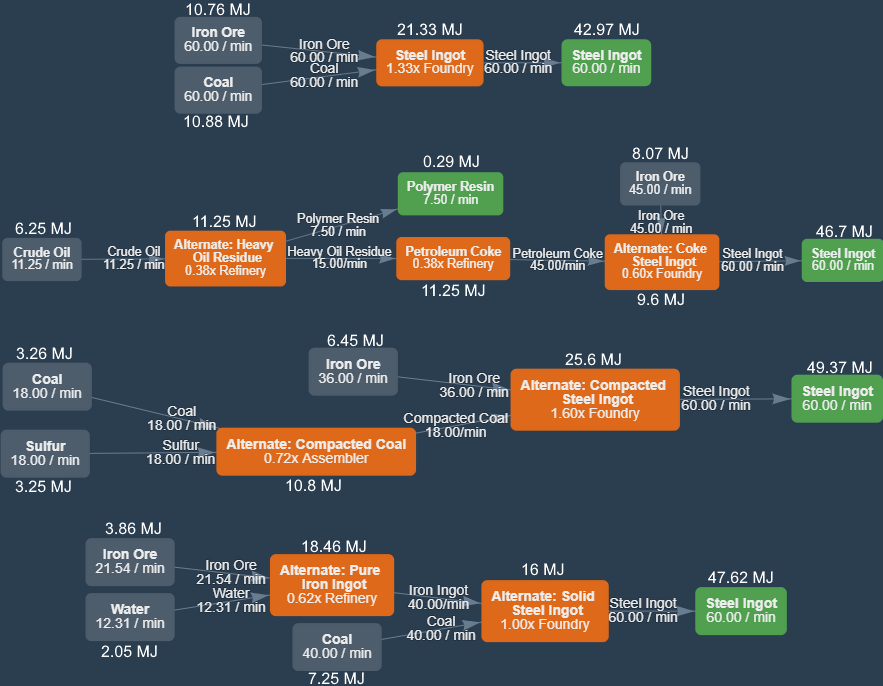 Steel Ingot can be sunk into the