The Turbo Motor is a more complex, and more powerful, version of the regular Motor.

Manufacturer
Turbo Motor is a late-game component used for building the Miner Mk.3 and Particle Accelerator. 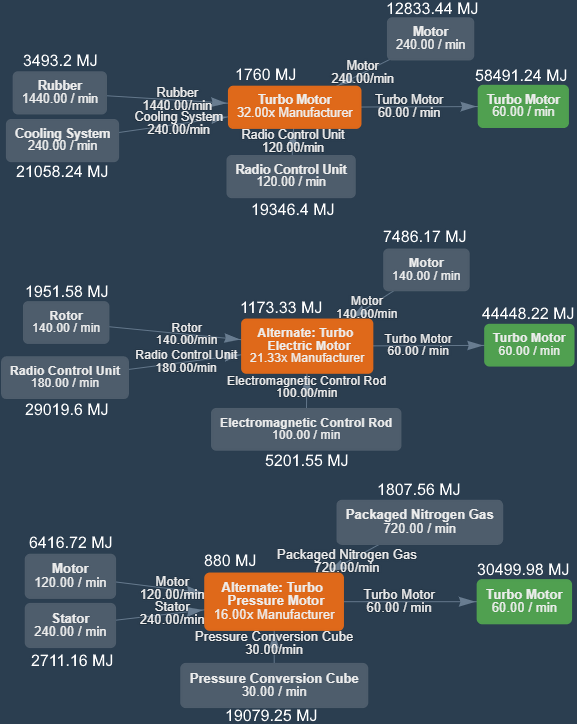 Turbo Motor can be sunk into the