A more efficient alternative to Fuel. Can be used to generate power or packaged to be used as fuel for Vehicles.

0 MJ
13.333s in Fuel Generator
Turbofuel is an improved version of

Turbofuel is unlocked via the Hard Drive Research chain in the

Its recipe is unlocked exclusively as an alternate recipe. The default recipe and Turbo Heavy Fuel will only appear in the selection if

The following shows different ways to produce 1 m3 of Turbofuel / second, or 60 m3/min: 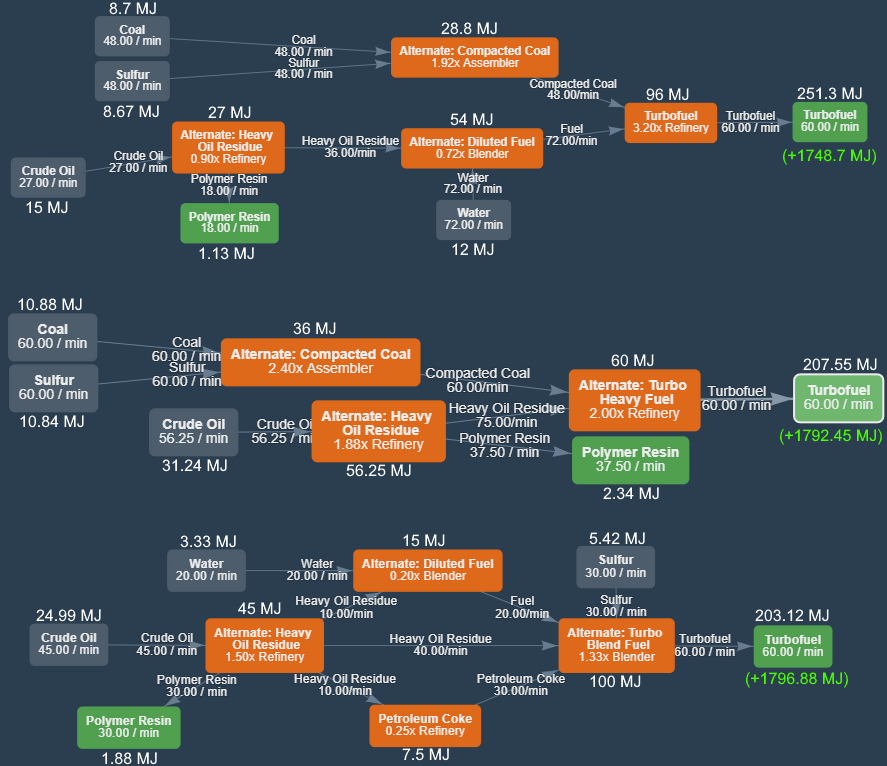 This makes Fuel 75% as efficient as Turbofuel, at the cost of Sulfur.