Satisfactory Wiki
Register
Don't have an account?
Sign In
Advertisement
in: Fuels, Items stack to 50, Radioactive,
and 3 more
English

This article is about Uranium Fuel Rod, not to be confused with Fuels

Uranium Fuel Rods are a late-game fuel used in Nuclear Power Plants, where they are turned into

Uranium Waste in the burning process. They give off strong radiation.

Alternatively, they can be used as vehicle fuel, without producing any Uranium Waste.

Note: The crafting process of this item is not available in the Craft Bench, only in a Manufacturer. 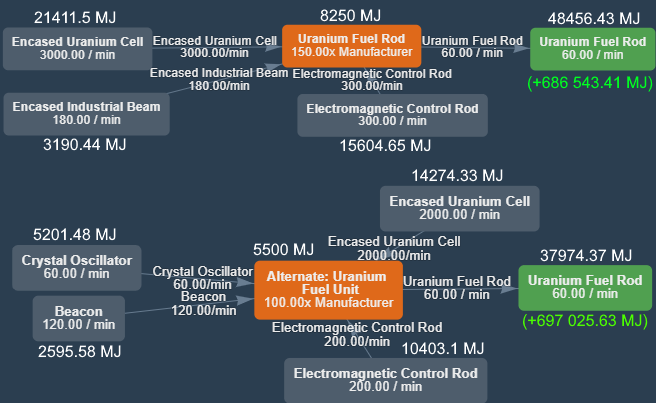 Uranium Fuel Rod can be sunk into the