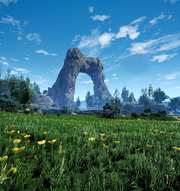 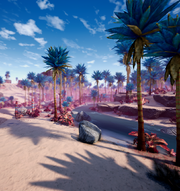 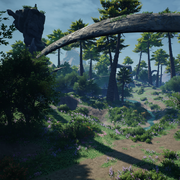 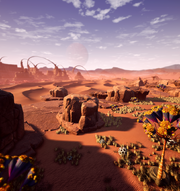 One day on Massage-2(A-B)b lasts for 60 real-world minutes, the "daytime" is 45 minutes long and the "nighttime" is 15 minutes long with 30 seconds of complete darkness during each transition. Both stars (Massage-2A, a yellow main sequence star and Massage-2B, a bluish-white dwarf) rise roughly in the North-West and set in the South-East. There are also several other planets that can be seen hovering in the sky.

*Note: On low graphics settings, the light angle can suddenly jump to the other side of the sky. This is probably a bug.